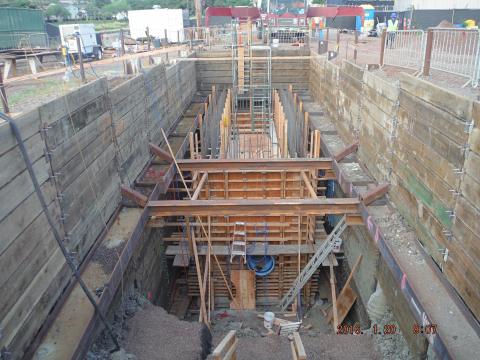 In September 2008, Aqua Engineers, Inc. was awarded a 50-year privatization contract by the U.S. Department of the Army for its wastewater system, which included the design and construction of the Aliamanu Military Reservation No. 1 Sewer Pump Station (AMR1 SPS) replacement.  The purpose of the AMR1 SPS Project was to a construct a new pump station to replace the existing station which was built in 1974 and, due to its age, was unreliable and had the potential to fail at any moment.  It was a race... Read More

The Lyman Road Sewer Upgrade (LRSU) Project is Aqua’s largest construction project to date, encompassing the installation of approximately 22,340 linear feet of upgraded gravity sewer line to service the growing community on the Schofield Barracks Army Installation in the town of Wahiawa, on the island of Oahu.  The LRSU Project was completed on behalf of the U.S. Army Directorate of Public Works (DP... Read More 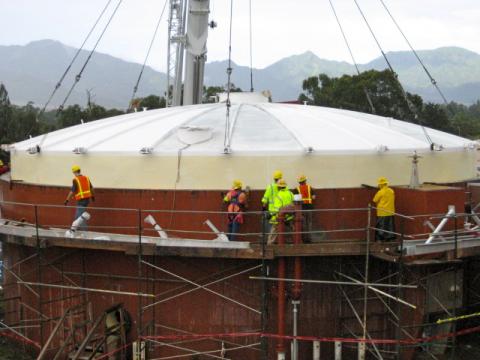 Aqua Engineers upgraded Digester #1 at the Schofield Barracks Wastewater Treatment Plant to increase its efficiency and minimize its environmental impact. The 280,000 gallon digester received a fixed cover and a flexible mixing system to provide operations a variety of suction and discharge configurations.

This project evaluated alternative techonologies including cogeneration using microturbines and the use of a F.O.G. (fats, oils, and grease) receiving station.